Bacterial Vaginosis is found in about 25% of pregnant women. BV is usually not dangerous, however if left untreated it can increase the risk for other medical problems in pregnancy.

Pregnancy can be as confusing as it is elating, and it’s not always easy to tell which changes are normal and which are cause for concern. One change is vaginal discharge, which can vary in consistency or thickness, frequency, and amount during pregnancy.

Normal vaginal discharge, is thin, clear, or milky white, and mild smelling. Changes in vaginal discharge can begin as early as one to two weeks after conception, even before you’ve missed your period. As your pregnancy progresses, this discharge usually becomes more noticeable, and it’s heaviest at the end of your pregnancy. You may want to wear an unscented panty liner. Avoid tampons in pregnancy.

In the last weeks of pregnancy, you may also notice that your discharge contains streaks of thick mucus with streaks of blood, called “show.” This is an early sign of labor and should not be cause for alarm.

Will BV Affect My Chances for Getting Pregnant or Having a Healthy Pregnancy? 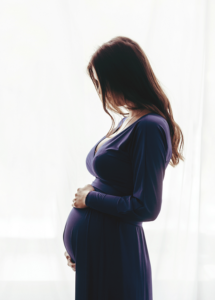 BV is three times more common to be found in infertile women than fertile women. BV, and other infections in general, can cause decreased fertility in a number of ways:

BV is also associated with a two-fold increase in risk of preclinical pregnancy loss, sometimes called a chemical pregnancy, following IVF. BV is also associated with increased rates of human papillomavirus (HPV) and HIV infection. For women with BV present during pregnancy, there may be an increased risk of miscarriages, preterm birth, and low birth weight complications for the newborn, as well as postpartum infections.

When to call your doctor

Abnormal discharge and odor may be a sign of infection and may also signal a complication in your pregnancy. When in doubt, it’s always better to play it safe and call your doctor. Note when the changes to your vaginal discharge began and any defining characteristics. This will help your doctor determine if your discharge is cause for concern.

To avoid risk of infection:

Normal vaginal discharge, is thin, clear, or milky white, and mild smelling. If your discharge turns grey or white accompanied by a strong smell, it may be a sign that you have BV and a pH imbalance. The only real solution is to restore and maintain your body’s delicate balance. Sometimes your body can do this on its own, but when it needs a little help, there’s GYNALAC.  Read more…