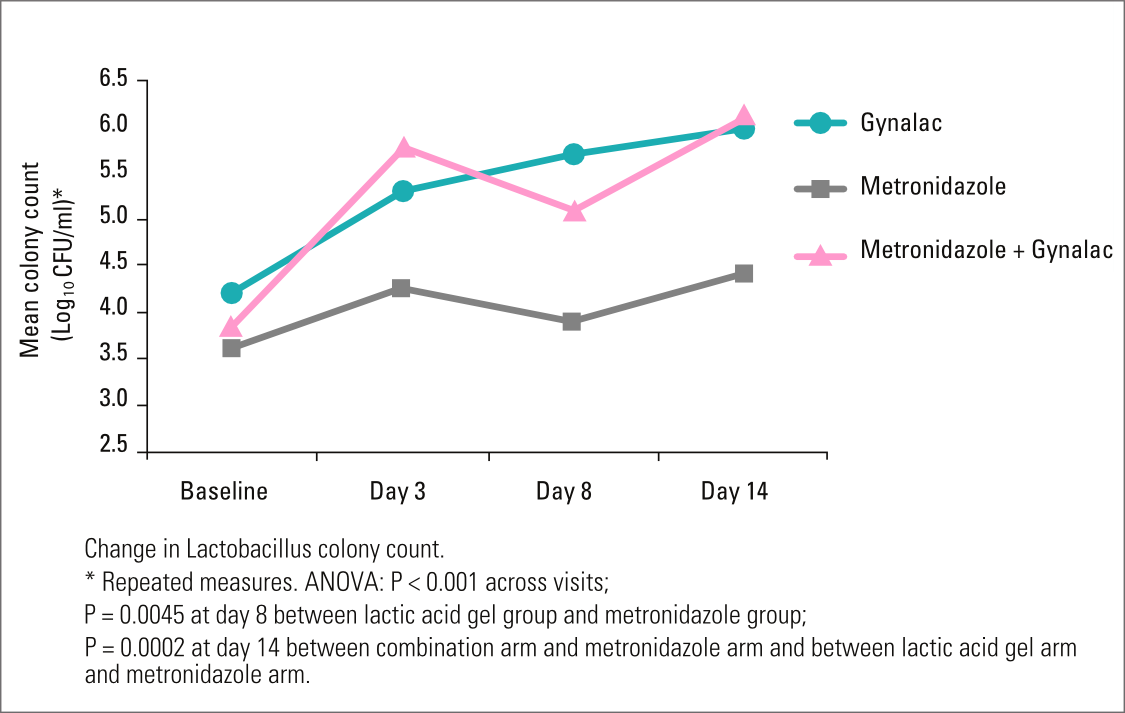 *A multicenter, open-labeled, controlled, randomized, three-arm comparative study on 90 women, aged 18 years or over with clinically and microbiologically proven Bacterial Vaginosis. The primary endpoint was to assess the efficacy and tolerability of lactic acid when given as an adjunct to metronidazole in the treatment of Bacterial Vaginosis.  View Clinical Study. 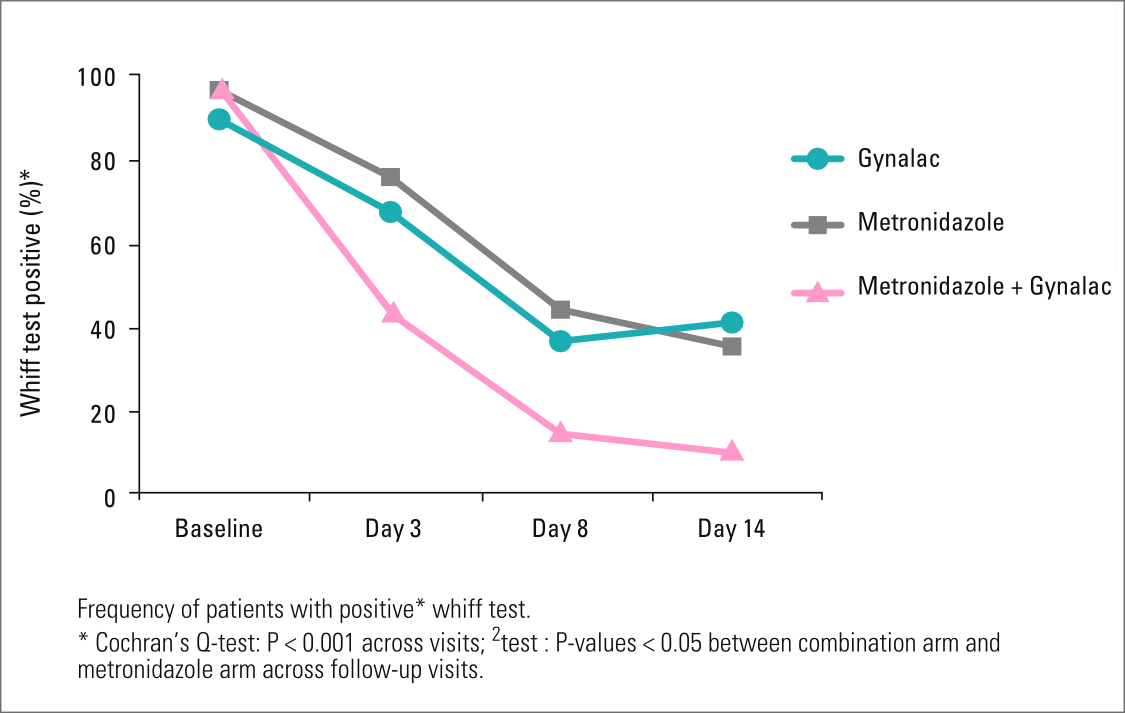 “Lactic acid gel is safe and as efficacious as metronidazole in the treatment of Bacterial Vaginosis… Proportion of whiff test positive patients were significantly lower in the combination arm compared to those in the metronidazole arm (pday8=0.0212, pday14=0.0410)” 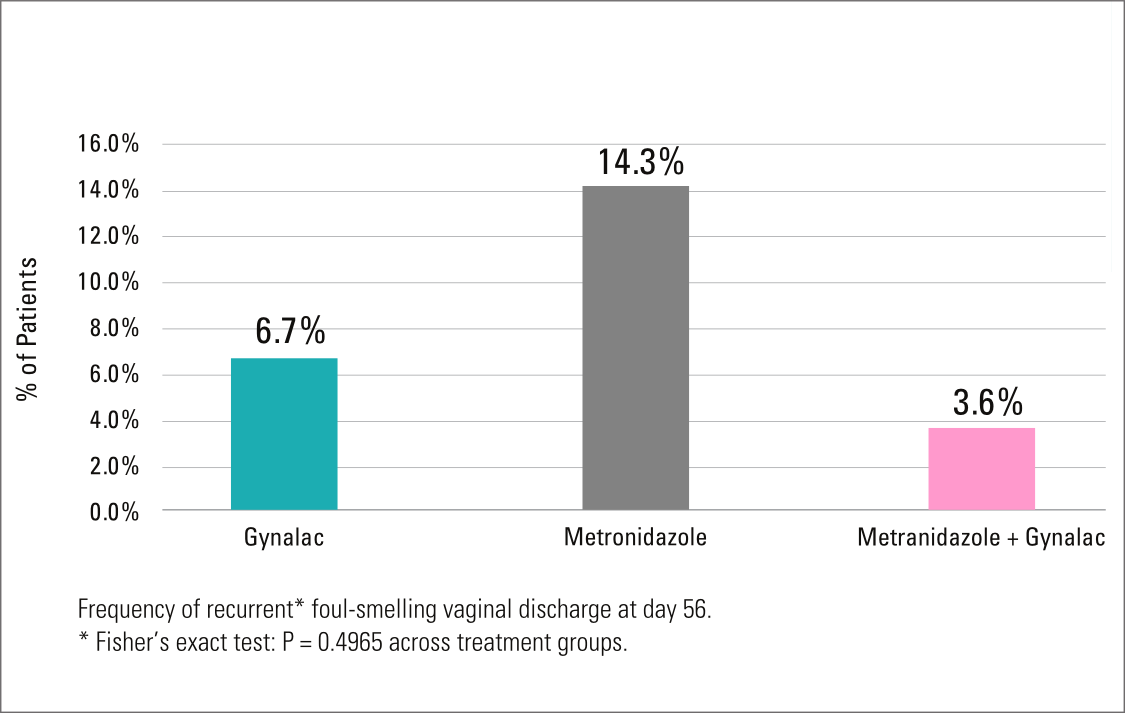 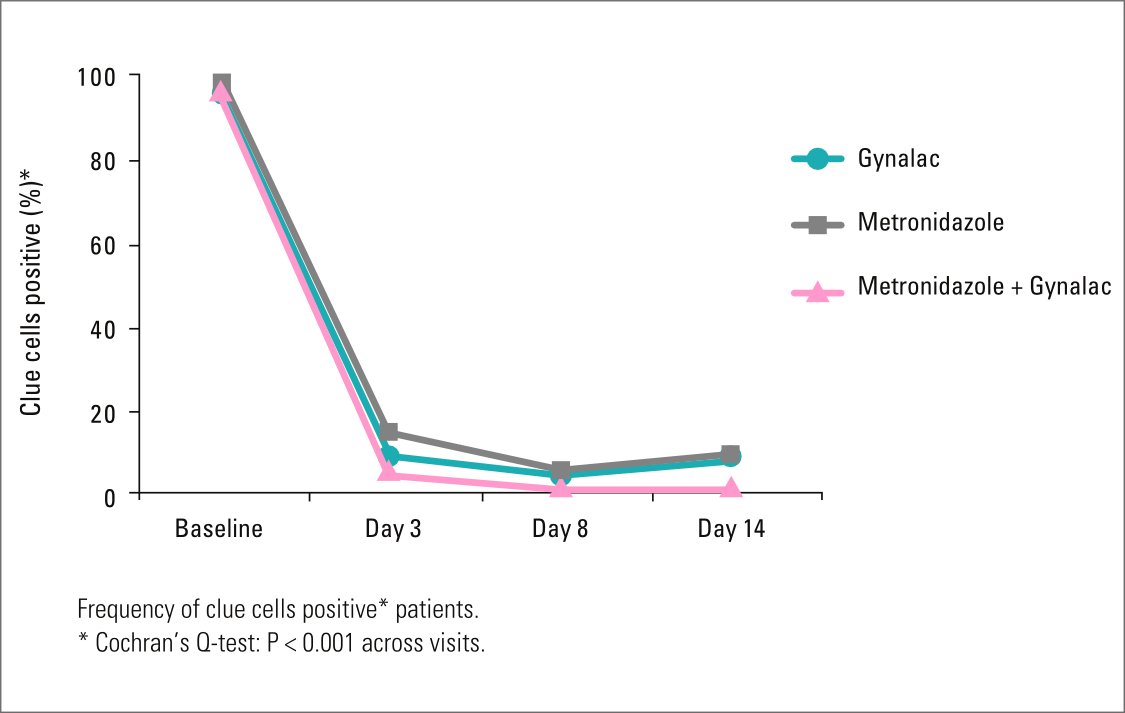 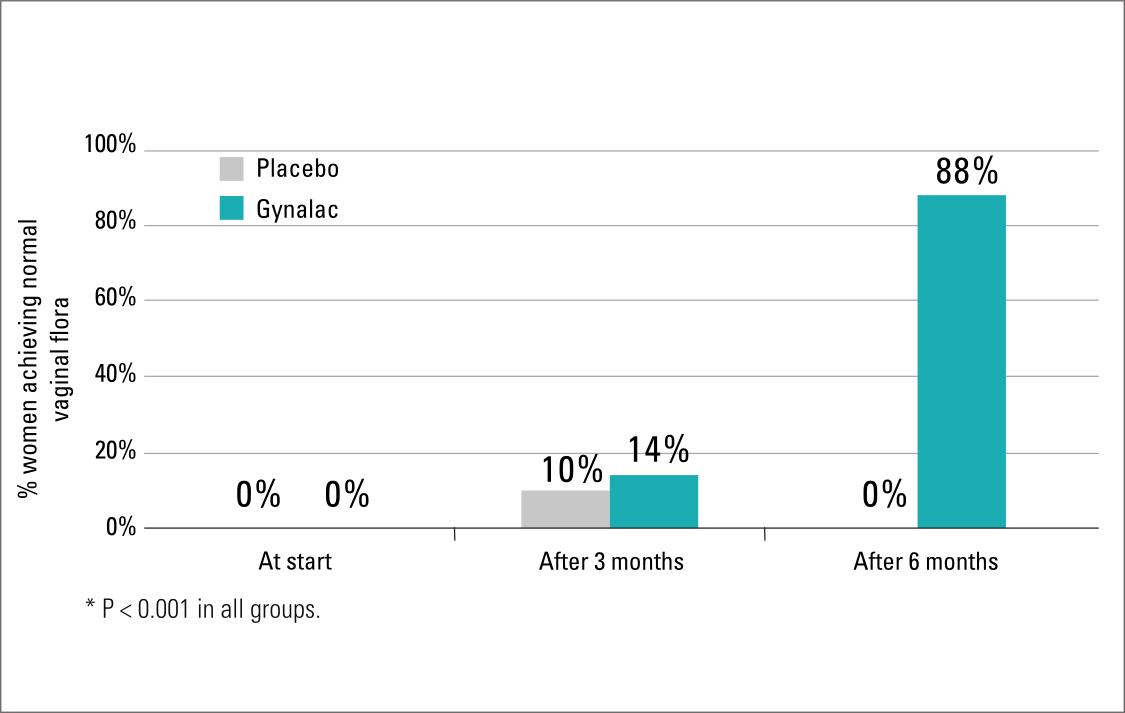 “In a 6 month double-blind clinical trial, significant beneficial clinical effects (p<0.001) of lactic acid gel compared to placebo gel were found in women with recurrent BV… Number of women who attained a normal vaginal microflora and also were objectively improved was significantly higher in the lactic acid gel group.”

*42 women seriously affected by recurrent BV were initially given lactic acid gel to be inserted into the vagina for 7 consecutive days.  Thereafter they entered into a double blind clinical trials and were treated prophylactically 3 days monthly for 6 months with either lactic acid gel or placebo gel. View Clinical Study.